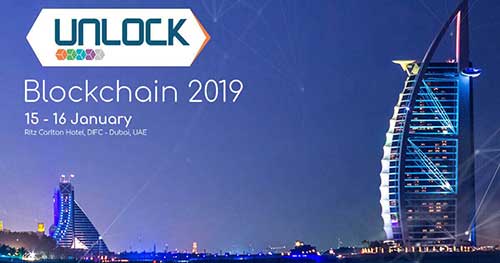 Hyperbeans is extremely delighted to announce its presence at Unlock 2019 – an exceptional conference on Blockchain.

Blockchain has revolutionized the world in an unexpected way. A few years back, it was hard to find someone who can develop systems build on this IT domain. But by the end of 2018, a huge changeover has been witnessed in the field of Information Technology as a result of Blockchain Technology. This has led to a drastic growth in the market size, which is presently 550 billion but is expected to reach around two and a half trillion in a couple of years.

Since the substantial emergence of Blockchain, Hitaishin has always been among the pioneers in exploring its various concepts, mainly custom cryptocurrencies, distributed ledger technologies, hash algorithms, individual nodes and architectures for private and public Blockchains.

What is Unlock Blockchain 2019?

Unlock is organizing an exceptional conference on Blockchain in Dubai known as Unlock Blockchain 2019. UAE and Dubai were the first to adopt Blockchain with the objective of making their government services organized and most favorable. More than three billion dollars have been invested in Blockchain projects in the last five years. Not just businesses but banking industries and governments are putting all their efforts into learning to introduce blockchain in their systems.

To address all the above reasons and the implications of blockchain in various industry verticals like security, supply chain, infrastructure, etc. the second edition of Unlock Blockchain 2019 is going to be held in Dubai, UAE.

The main focus of Unlock Blockchain 2019

Wondering about how to integrate Blockchain technology to amplify your business solutions, meet us at Unlock Blockchain 2019.

Get a Free Consultation Today !

Let’s Start Your Next Project